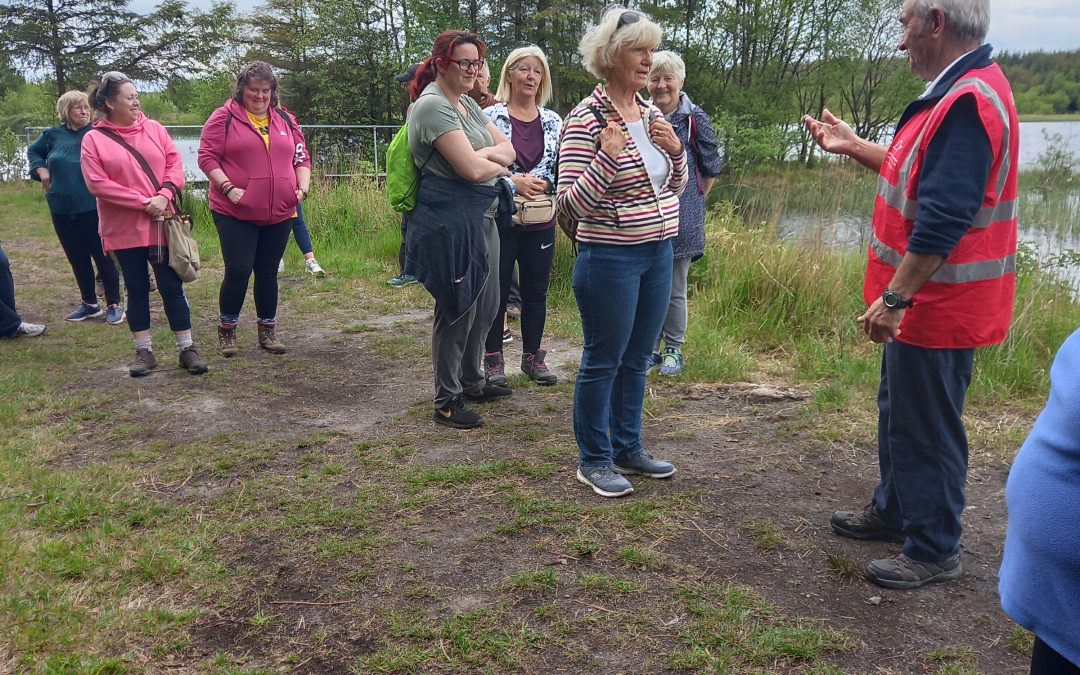 A sunny day, an impromptu sing-song and a declaration that Laois Sports Partnership sports co-ordinators are gold-medal standard – it’s fair to say that the return of the walking programme at Derryounce Lakes and Walkway was a complete success.

The first of a six-week wellness walk programme was delivered on Thursday morning of last week and there was a palpable enthusiasm for the event and the social interaction it offered those taking part, even with all social distance measures and precautions in place.

Once all the formalities were completed by SIDO Sports Inclusion Disability Officer Catriona Slattery, and some debate about whether the area was in Laois or Offaly, the two groups set off on their walk around the idyllic setting.

For those who haven’t yet visited the site on the outskirts of Portarlington, it is already a valuable amenity in the community with huge potential for further development.

And if you didn’t know that before, you certainly would after listening to walk leader Donie Molloy, of Port Trail Walking Group.

The enthusiasm for the walk was very much in evidence amongst the participants who lapped up Donie’s good-humoured nature.

In fact, there was such a good mood about the place, that the group stopped to sing an impromptu “You Are My Sunshine”, led by Maureen Culleton from Rathdowney.

After that, Donie treated the group to some knowledge about the fairies that inhabit the woods before showing everyone how to eat nettles.

Thankfully, no one else followed his lead although a discussion on the iron content of nettles and their use as a plant fertiliser ensued.

With various routes available to walk, depending on the distance that suits, Derryounce Lakes and Walkway has been a popular destination for many for some time now.

And with ambitious plans to develop it further with an additional lake and coffee shop, Donie predicted that it would surpass the popular Lough Boora, situated in Offaly, between Tullamore and Cloghan.

With an attractive woodland setting on offer for walks, as well as the route around the lake, the location is an ideal one to enjoy nature and exercise together.

There was certainly no doubt either that those who undertook the walk last week were keen to complete the next five instalments of the event.

Times of the next walk were diligently checked and obviously already looked forward to by those departing.

Five more weeks of the sold-out wellness walk will follow with more similar events due to be hosted by Laois Sports Partnership in the coming months. Early booking is advisable for future events to avoid disappointment.