Boccia is a precision ball game

Similar to bocca bowls and petangue. The word ‘Boccia’ is derived from the Italian word meaning to bowl, and this family of sports is probably the earliest game ever played by mankind – carvings of egyptian figures throwing stones have been recorded as early as 5200 BC.

In boccia, players compete in singles, pairs and teams events.

To start an end, one side will throw the jack. They will then throw their first ball trying to get it as close as possible. The other side then attempts to throw their ball closer. After that, the side whose ball is not closest to the jack throws the next ball. Once all balls have been played, points are awarded. The side that is closest to the jack receives a point for every ball they have nearer than their opponent’s closest ball.

The individual and pair matches consist of four ends, while team matches have six ends. After each end, the athlete, pair or team with the ball closest to the jack receive one point, and an additional point for every ball that is closer to the jack than their opponent’s.

Boccia is played indoor on a court similar in size to badminton. Players are positioned at one end in throwing boxes and can throw the jack anywhere on court over the ‘V’ line.

A boccia ball is made of leather and are filled with plastic granules so they do not bounce and are easy to grip. There are six red and six blue balls to indicate which team is playing, and one white ball called the ‘jack’.

View this video for more information on Boccia. 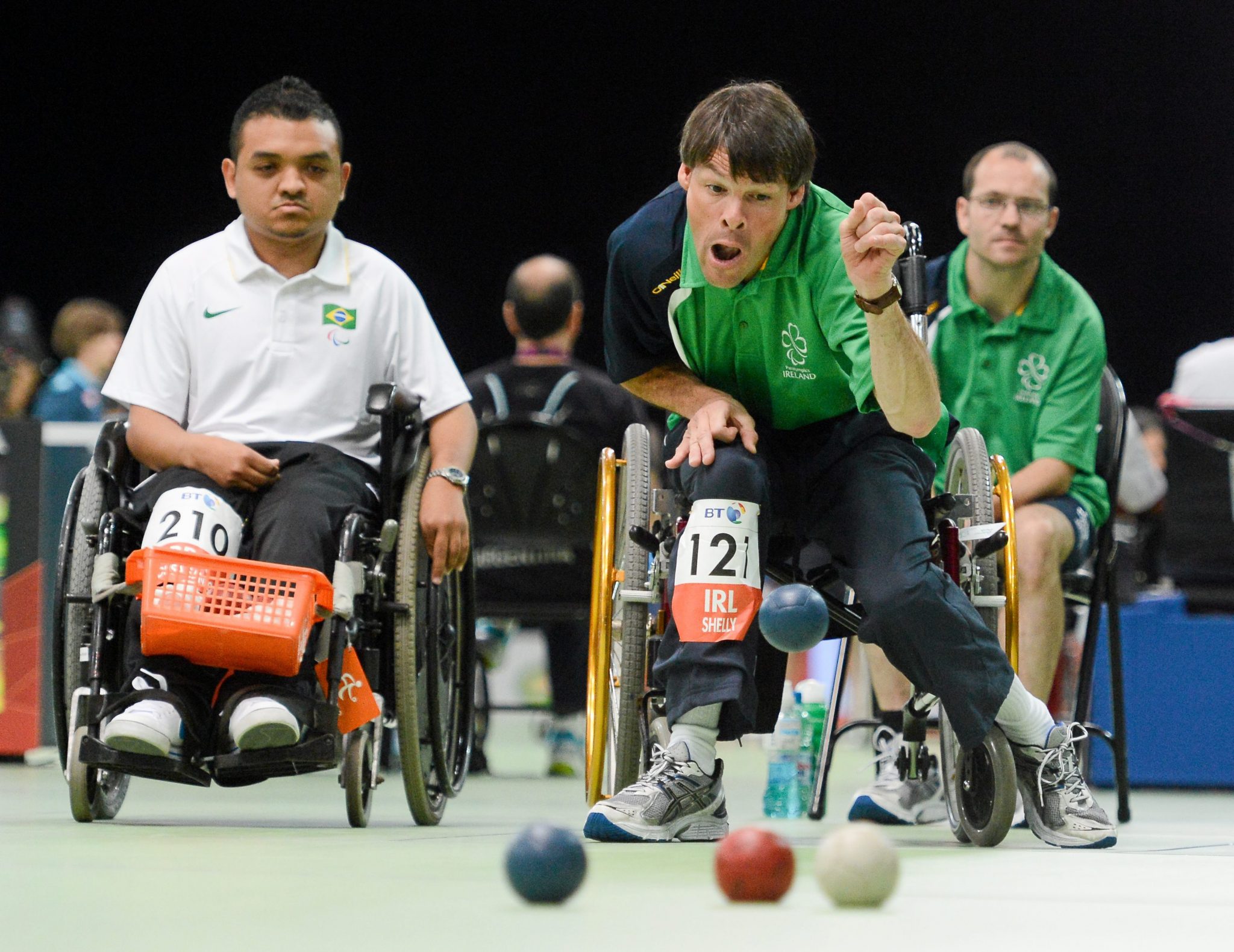 Boccia was practised for many years as a leisure activity before being introduced at the New York 1984 Paralympic Games as a competitive sport. It is one of the two Paralympic sports that do not have an Olympic counterpart (goalball being the other).

Boccia is a game of strategy and accuracy that was originally designed to be played by people with cerebral palsy. Now, the sport includes athletes with impairments that affect motor skills.

The sport is played on a flat, smooth surface, where players must throw or roll coloured balls as close as possible to a white target ball, known as the “jack”. The player, pair or team with the most balls near the jack is the winner.